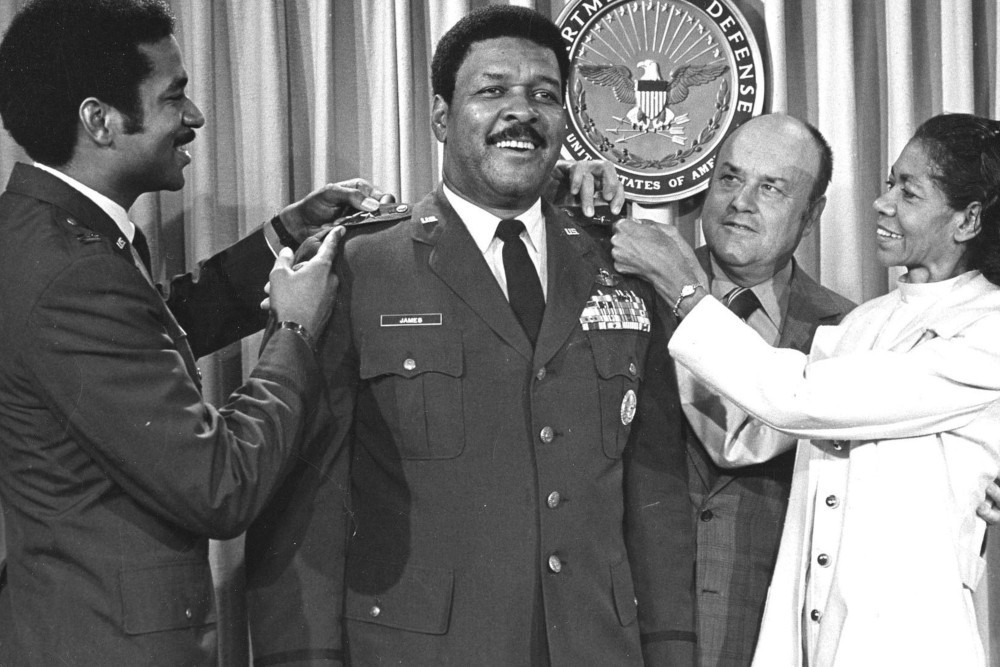 A Florida state senator honored a former P-47 Thunderbolt pilot who became the first African-American to reach the rank of four-star general.

Republican state Sen. Doug Broxson posted to his Facebook page on Feb. 13 that he “had the great honor of recognizing the life and legacy of General Daniel ‘Chappie’ James, Jr.,” during a ceremony on Feb. 12, which included the general’s son, Claude James.

Broxson is also sponsoring a bill to have the new Pensacola Bay Bridge named after the history-making general, according to a Pensacola News Journal report.

"Chappie James was a phenomenal human being and a military giant," Broxson told the publication.

The Air Force veteran was born in 1920 in Pensacola, Florida, and died in 1978, according to a Wikipedia page dedicated to him. He was 58.

The decorated war veteran fought in the Korean and Vietnam wars.

His first four-star general command was at the North American Air Defense Command, commonly known as NORAD, according to a short profile about him on the National Museum of the United States Air Force website.

He retired in 1978 and died a few weeks later. About his service, the Air Force museum website reports the general said: “I've fought in three wars, and three more wouldn't be too many to defend my country. I love America, and as she has weaknesses or ills, I'll hold her hand.”

Want to get notified whenever we write about Florida Legislature ?

Sign-up Next time we write about Florida Legislature, we'll email you a link to the story. You may edit your settings or unsubscribe at any time.